High rental rates
Busy area because of it's attractions and popularity

While it’s neighboring borough to the south is crowned “Downtown,” Tobin Hill San Antonio is really at the center of everything these days. Formerly a drab stretch of land that was known for the large Pearl Brewery complex, this 22-acre section has now transformed into the “pearl” of San Antonio—and it’s exactly where everyone wants to be.

Plus, despite it becoming the best place to lay your San Antonio hat, the rental rates are incredibly reasonable, ranging from affordable cozy spaces to big-ticket upscale luxury. You’ll also have your pick between historical staples, modern new builds, or renovated homes. And with the constant orchestra of cranes and trucks, if you haven’t found your dream space, it’s probably being built now.

Tobin Hill San Antonio is a culturally and historically-rich neighborhood that has been revived with modern renovations and new builds. As noted, this side of town was historically known for The Pearl Brewery, which once employed nearly a quarter of the city’s population and gave Tobin Hill its nickname, “The Pearl San Antonio.” When the brewery closed its door in 2001, and the roaring San Antonio River died down into a stream at best, most people had no reason to head into Tobin Hill, let alone live there.

However, with the keen eye of developers, Tobin Hill’s Pearl Brewery once again became the center of the city (for very different reasons this time). With compelling renovations that pay homage to The Pearl Brewery’s history, the old factory grounds have been transformed into a unique hub of businesses, homes, restaurants, and bars that encompass the history and culture of the old beer factory. The surrounding community has also flourished into a vibrant, upscale paradise, attracting renters who are craving a more urban experience.

Things To Do Around Pearl | Tobin Hill

Tobin Hill San Antonio is unlike other San Antonio neighborhoods, mostly in the sense that you can walk it. Living in The Pearl District puts you within a short walk to top-rated restaurants, locally-owned shops, city events, and more.

Home to one of three Culinary Institute of America (CIA) campuses, foodies will want to bite into the dozens of chef-owned favorites that fill the city. Fill your meat-loving heart at Cured, or get your veggies at the 100% kosher vegetarian restaurant Green. You’ll also want to check out Supper, Bud’s Southern Rotisserie, and Savor, the newest CIA restaurant featuring student-cooked dishes. Don’t forget to fuel up on coffee and macarons at the French pâtisserie and bistro, Bakery Lorraine.

And when it comes time to work off those savory calories, you’ll find lots to keep you active. Take a bike, walk, or boat ride down the 1.33-mile extension to Downtown’s Riverwalk, hang out at one of the parks that dot the city, or head over to the Broadway Culture Corridor and take a stroll through the San Antonio Museum of Art, San Antonio Botanical Garden, the Witte Museum, or the DoSeum museum for kids.

Of course, spending time at The Pearl District San Antonio is a given, and don’t forget the gorgeous Hotel Emma– even if it’s just to explore the lobby of this beautifully-designed space. You’ll also have lots of opportunities to shop locally at the weekly farmers’ market and monthly night market as well.

“
One of the hottest spots to visit in San Antonio! The blend of history and endless activities make it a culinary and cultural destination for tourists and locals alike.
” 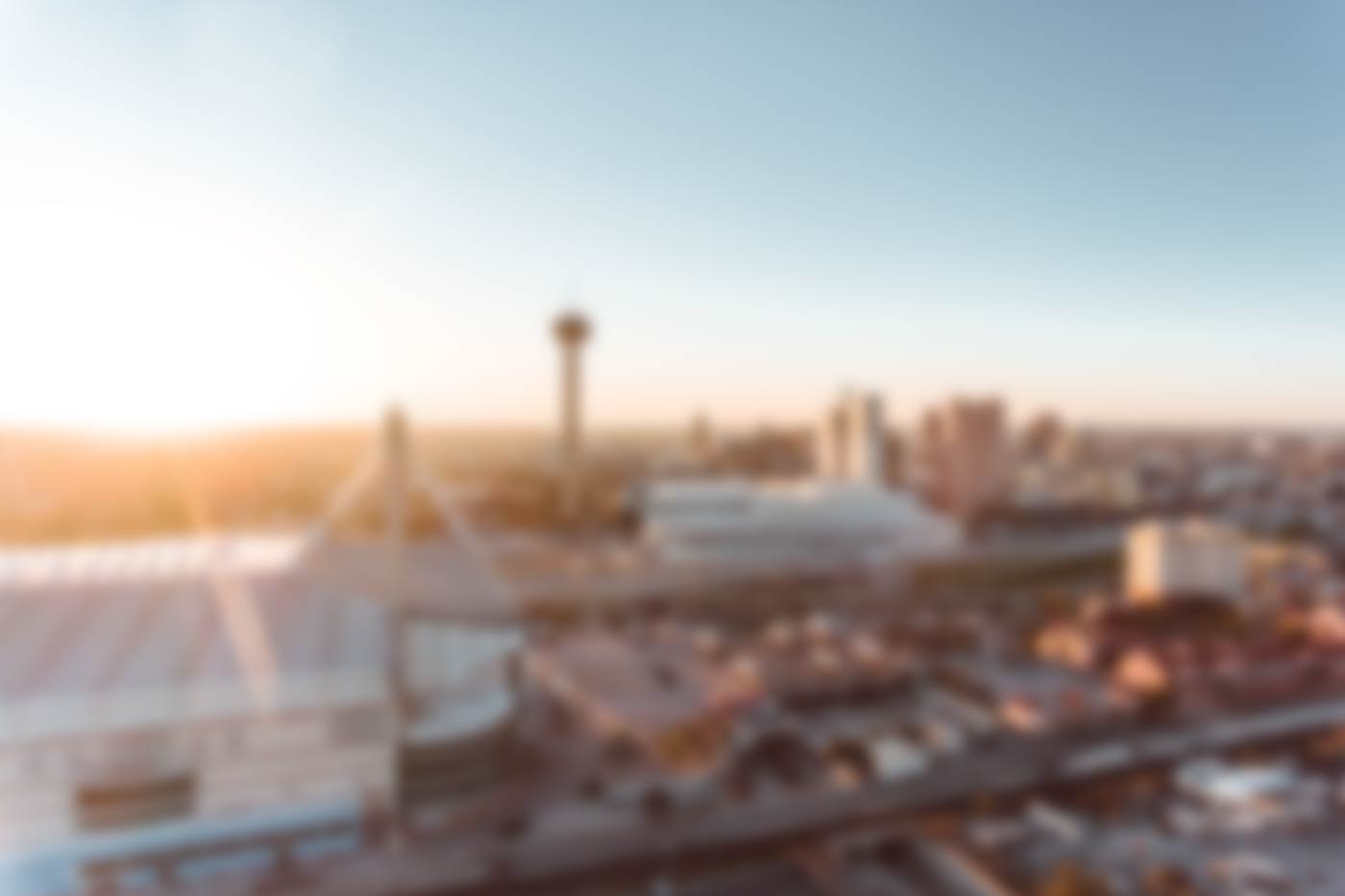